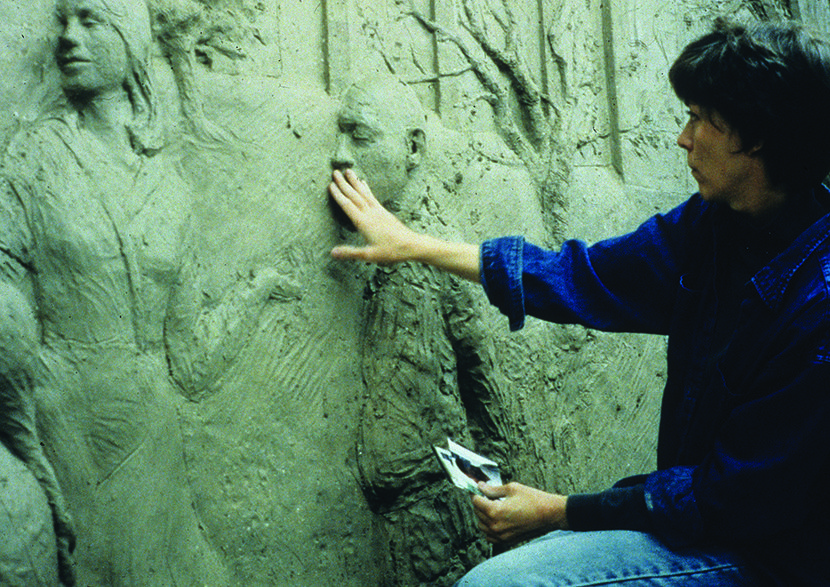 Marlene Miller received her B.F.A. in ceramics and painting from Bradley University in 1976. She was awarded a two-year graduate fellowship in ceramics at Syracuse University, earning her M.F.A. in 1978.

As Professor of Art, Miller taught at Illinois Central College from 1978 to 2000, when she left her position to focus exclusively on her own creative pursuits. She won an Illinois Art Council Individual Artist Fellowship in 2002 for her ceramic sculpture and wall relief.

Miller has exhibited nationally for over 30 years. Group exhibitions include: Smithsonian Craft Show at the National Building Museum in Washington, D.C in 2018 and 2003; Emergence at the Riverfront Museum in Peoria, Illinois in 2017; National Ceramics Invitational, Abel Contemporary Gallery, Paoli, Wisconsin in 2016, 2015, 2014, and 2013; Little Ones Invitational at the Cinema Gallery in Urbana, Illinois in 2015; Ink and Clay, California Polytechnic University in Pomona, California in 2012, 2011, 2007, 2006 and 2004; Red Heat: Contemporary Work in Clay at the University of Tulsa, Oklahoma in 2010, in which she was awarded Best in Show; A Contemporary Look at Abraham Lincoln at The Peoria Art Guild in 2009; The Other at Mary Lou Zeek Gallery in Salem, Oregon in 2006;  National Ceramics Invitational at Texas A&M in Commerce in 2000; Narrative and Poetic Expressions: The Human Form in Clay, which she also curated at Lakeview Museum in Peoria in 1999; Figurative Ceramics at the Works Gallery in Philadelphia in 1997; Ceramics Now at the Downey Museum of Art in Downey, California in 1994, 1990, and 1989; the 29th Ceramics National at the Everson Museum in Syracuse, New York in 1993; National Council of Education of Ceramic Arts Exhibition, Taft Museum, Cincinnati, OH in 1990; Interior Images at Esther Saks Gallery in Chicago in 1986; The Southwest/Midwest Exchange at the Museum of Fine Arts of New Mexico in Santa Fe, and Lill Street Gallery in Chicago in 1984; What’s New in Clay at the University of Houston in Houston, Texas in 1982; Clay from Molds; Multiples, Altered Castings, and Combinations, John Michael Kohler Arts Center, Sheboygan, WI, 1978.

Recent solo exhibitions include the following venues: Abel Contemporary, formerly Artisan Gallery in Paoli, Wisconsin in 2017, 2012 and 2008; Exhibit A in Peoria Heights, Illinois in 2016; The Contemporary Art Center in Peoria, Illinois in 2010; Art @830 in Key West, Florida in 2009; Bradley University in Peoria in 2007; and The Figge Museum in Davenport, Iowa in 2007.

View Encounters in Clay to learn more about the artist.